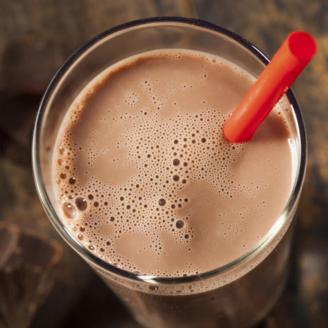 My daughter is 2.5 years old and she breastfeeds 2 to 3 times a day. Yep, she still breastfeeds thankyouverymuch. Extended breastfeeding actually goes on a lot in the world. In fact, it’s the norm in many parts of the world, but this post isn’t about that. It’s about breastfeeding and IVF.

Initially I just assumed, as probably many people do, that breastfeed and IVF were mutually exclusive. I assumed that I would have to wean my daughter due to the medications. Many fertility clinics make it an exclusion criteria for services. One day I was lamenting about this in a Facebook group and a women told me that you don’t actually have to wean to do IVF. What was that you said? Then I stumbled across this whole underground ring of breastfeeding moms who are actually doing IVF while breastfeeding! Okay, so it was more of a Facebook group and not a ring, but I was so happy to have found them. This particular group had complied a collection of excellent resources from pharmacists, reproductive endocrinologists (RE), and others all about the actual safety, and cautions, of breastfeeding while undergoing fertility treatments. I was shocked and thrilled to find out that the common medications using during IVF are actually safe while nursing! This was music to my ears.

You see the thing is, I know there are no guarantees with infertility treatment. My daughter may be the only baby I ever have. I don’t want to force wean her before she is ready for a “maybe baby”.  Not to mention that going through IVF is hard enough without piling on the mommy guilt. So I set out with the full intention of not weaning for this. Honestly, I didn’t even think my RE would ask me if I was breastfeeding my daughter because most people assume that I’m not anymore.

But he did ask. And I was honest. He said, “okay, but you’re going to need to wean by egg retrieval because it increases your risk of miscarriage.” He explained that this had to do with prolactin (the hormone that tells your body to produce milk) “telling my body that it’s not ready for another baby yet since you’re still sustaining the first one”. Now I know many women have healthy pregnancies while nursing another child. Some of these women go on to tandem nurse two kiddos at once. So the whole miscarriage thing is not necessarily true. In fact, when I dug into it more, it seems pretty unlikely. After all, at this point my prolactin levels have dropped back down to normal and there really isn’t any research showing that there is an increased risk of miscarriage while breastfeeding, especially when you don’t have a history of repeated miscarriages. So I may have ignored his direction on this one, but…

Then we got to the supplement list. The special cocktail of antioxidants and other goodies that research has sown to improve egg quality in women with diminished ovarian reserve or advanced age. Um, women like me, that is. One of the supplements on this list is DHEA. The studies showing improvement in egg quality are pretty great. And I need all the help I can get with this. But here’s the kicker. It’s not safe for breastfeeding.

Ugh. Punch me in the gut. Or the heart, as it were. It’s a harsh dilemma. On the one hand I want to do everything I can to help my eggs mature into strong, healthy, genetically normal seeds of life. And we likely only have one shot at this due to the expense of it all. On the other hand, weaning my daughter on a very short and unexpected timetable is heartbreaking. Some women chose to not take DHEA because of this. There’s no one right choice, you just have to figure out what is right for you and your family. I decided to wean and I feel horrible about it.  I’m doing it to try my best to give my child a sibling. To grown our loving family. And I know egg quality is my biggest hurdle.

I’m not sure of the “right way” to wean, and there probably isn’t only one. My daughter is so attached to nursing. It’s been a familiar comfort since the day she was born. I decided to start with cutting out her morning feed to reduce down gradually. I think that way she won’t be exposed to too much of the hormones in my milk, if it takes us 2 or 3 weeks to completely wean.  Going cold turkey isn’t good for my body or her.

This morning was the first time that I didn’t nurse her after she woke up. She knew something was up when she came running into my room in the morning dragging her lovie and I was already out of bed. Alarmed, she told me to get back in bed (that’s where she gets her milk in the morning), then she sat on the floor and gave me an angry, pout face and started to protest. Luckily the mostly-full moon was still visible and my husband and I were able to distract her by going outside to look at the moon, which she loves. Then we explained that since she is getting to be such a big girl she can drink something else in the morning like we do. And then we gave her chocolate milk. A coveted treat. Not our finest parenting moment. I guess we’ll deal with breaking the chocolate milk habit that we are about to create at a later date. At least that one won’t be so emotionally charged. But the good part was that she wanted to snuggle me after a little bit and just sit with me. She is usually on the go, so it was really special.

Maybe this isn’t going to be so bad after all. Well maybe it will just be harder on me, which I can take because after all, us women who go through infertility treatment are superwomen.